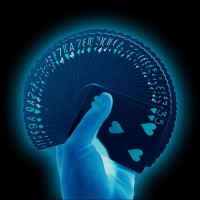 Here are some guidelines on how to use Concuerror as part of an EUnit suite.

First of all, the “order” in which you run the two tools is significant: e.g. invoking Concuerror with the test/0 function generated by EUnit is a bad idea, for at least two reasons:

Suppose you have the following EUnit tests:

For this suite, running EUnit yields:

It is fairly easy to see, however, that the two latter tests can fail in particular interleavings1.

The output file contains the trace:

Concuerror does not support calls to erlang:statistics/1. Additionally, it emits a Warning that this particular use is problematic.

Fortunately, the EUnit suite can be extended to also run the tests with Concuerror:

The second and third tests have failed as expected and if run individually you can debug them from the report.

Have fun and keep testing!